Hey friends! Is anyone feeling any holiday fatigue yet? 😉

Make sure you’re taking downtime when you need it, saying a gentle ‘No’ if you need to rest and reset.

I know this time of year can be particularly overwhelming for us between travel, family time, out of town visitors, birthday celebrations–all the things.

As we look ahead to 2019, I wanted to put together some event highlights that are happening here in the Vegas community that are sober-friendly and look to be interesting.

Hope you all enjoy, and happy 2019! (And just a quick plug, if you haven’t yet, download your FREE 2019 calendar featuring artwork by yours truly!)

FYI Images and Text below are taken from the event websites 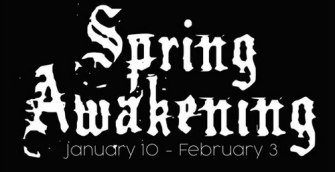 This Tony Award-winning musical explores the journey from adolescence to adulthood with a poignancy and passion that is illuminating and unforgettable. Spring Awakening is an electrifying fusion of morality, sexuality and rock and roll that exhilarates. 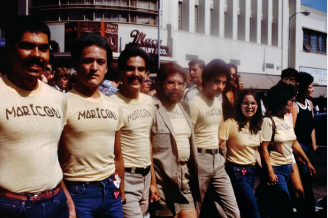 Reception: 5:00-9:00 p.m., with a tour by curators C. Ondine Chavoya and David Evans Frantz at 7:00 p.m.  Axis Mundo: Queer Networks in Chicano L.A. is a traveling exhibition that explores the intersections among a network of over fifty artists. This historical exhibition is the first of its kind to excavate histories of experimental art practice, collaboration, and exchange by a group of Los Angeles based queer Chicanx artists between the late 1960s and early 1990s.

January 24th: Funderdome at The Hub 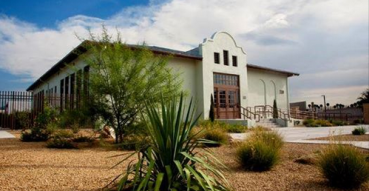 Join Nevada Preservation for our free walking tour of the Historic Westside School celebrating Black History Month. Learn about the architecture of the campus, the building’s rich history, and the $12 million restoration project of the school. This tour is free and will be offered monthly on the second Tuesday.

W. Kamau Bell is a sociopolitical comedian who is the host and executive producer of the Emmy Award winning CNN docu-series United Shades of America with W. Kamau Bell. He recently made his Netflix debut with a new stand-up comedy special, Private School Negro. Kamau has a book with the easy-to-remember title The Awkward Thoughts of W. Kamau Bell: Tales of a 6′ 4″, African American, Heterosexual, Cisgender, Left-Leaning, Asthmatic, Black and Proud Blerd, Mama’s Boy, Dad, and Stand-Up Comedian. Kamau has hosted three critically acclaimed podcasts: Kamau Right Now!, Politically Re-Active, and Denzel Washington is The Greatest Actor of All Time Period. Kamau is on the advisory board of Hollaback! and Donors Choose and is the ACLU Celebrity Ambassador for Racial Justice. The New York Times called Kamau “the most promising new talent in political comedy in many years.” Kamau still finds time to travel to college campuses around the country, performing his one man show that inspired Totally Biased, The W. Kamau Bell Curve: Ending Racism in About an Hour.

For $150, couples and families can book a 15-minute photo session in the North Gallery. The price includes the photographer’s rate and up to five select digital images delivered via email following the session. Mini-sessions must be prepaid in advance, space is limited and up to 10 people may attend the photo shoot. For reservations please email photoshoots@neonmuseum.org and mention “Valentine’s Day” in the email.  Additional photos and holiday cards will also be available through the photographer.

In the overwhelming quiet of the woods, six runaways from city life embark on a silent retreat. As these strangers confront internal demons both profound and absurd, their vows of silence collide with the achingly human need to connect. Filled with awkward humor and deep truth, this strange, compassionate new play asks how we address life’s biggest questions when words fail us? “So I ask you. No, I beg you… Change. Somebody. Please. Change.” 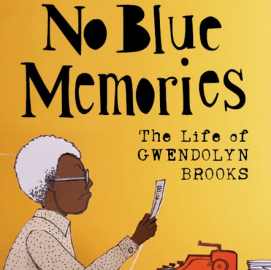 No Blue Memories: The Life of Gwendolyn Brooks brings to life the story of one of Chicago’s most beloved figures. She was an icon, a poet laureate, and a Pulitzer Prize winner—but she was also a treasured educator and mentor to the countless writers and children who knew her as their very own “Miss Brooks.” Weaving together poetry, storytelling, sound design, original music, and striking visuals, No Blue Memories is an exploration of Brooks’ beloved city and a story of how she navigated identity, craft, and politics over the course of one of the most remarkable careers in American literary history. The performance combines intricate paper puppetry, live actors working in shadow, and an original score for an unforgettable multi-media experience. No Blue Memories was commissioned by the Poetry Foundation for the Brooks Centenary and premiered in Chicago in November, 2017.

March 7th: A reading and signing with A.D. Hopkins, to kick off the national book tour for The Boys Who Woke Up Early at The Writer’s Block

A.D. Hopkins has worked for newspapers in Virginia, North Carolina, and Las Vegas, Nevada, where he was inducted into the Nevada Press Association’s Newspaper Hall of Fame. He is the author of The First 100: Portraits of the Men and Women Who Shaped Las Vegas, and is an authority on early Nevada gunslingers. The Boys Who Woke Up Early is his first novel. This event is free and open to the public. Refreshments and hors d’oeuvres will be served. 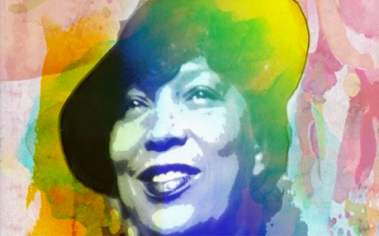 A special Chautauqua storytelling presentation as Juanita Westbrook performs as Zora Neale Hurston: Folklorist, Anthropologist, and Novelist. Supported by Nevada Humanities’ Humanities on the Road program and the National Endowment for the Humanities.

Explore First Creek as the March (almost) full moon rises. Experience twilight in the desert and watch as the cactus glow from moonlight. Discover the desert at night as nocturnal wildlife take over, and unveil the importance of the moon to humans in the past and present. Estimated 3 hours and 2.5 miles. Moderate difficulty. Hike includes some scrambling over rocks. Ages 10+. Limited Space/Registration Necessary. 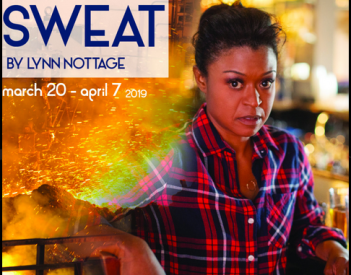 The American Dream has its back up against the wall in this Pulitzer Prize-winning drama. In Reading, PA, there’s talk of union lock-outs, massive lay-offs, and jobs going overseas. As rumors quickly become reality, a group of life-long friends gather at their local bar to joke and blow off steam while struggling to stand together as everything else falls apart. Inspired by true stories, Sweat is a compelling portrait of pride and survival in America.

March 30th: Vegas by the Book at Summerlin Library

Seven local authors sell their books and talk about the city they love. Join the authors on our conference room outdoor patio, as they sell, autograph and personalize their books, chat and lecture! Free and open to the public.

Hope you all enjoy these sober-friendly upcoming events in 2019!